Southern Cross Hotel is located in the hub of South Melbourne, a city renowned for its dining and night life. When Southern Cross first approached Outsource to Us they had a vision for expanding their current product and were in need of guidance on how to do so.

Southern Cross Hotel was already an established venue. The owners had a vision of expanding their concept, to include other pubs situated throughout Melbourne. They had a strong local customer base that Outsource to Us used as a foundation for Southern Cross Hotel.

To begin with Outsource to Us and Southern Cross Hotel conducted a marketing workshop. A new identity was developed, which would allow for future expansion (carrying this identity across pubs with similar concepts) resulting in “Myplace”.

Myplace was developed, enabling Southern Cross Hotel to position themselves as “your local”. This concept was then taken and developed creatively, resulting in:

Southern Cross Hotel now has a fundamental brand blueprint, which can be used between future properties to increase their brand awareness and enforce the companies positioning statement.

The creative has inturn created a sense of belonging for the regulars, and through the use of the website, Southern Cross has control over their CRM which also acts as lead generation tool.

What the client says

I felt your no-nonsense, to-the-point approach was extremely apt, and understood by us, the client: that’s a big plus in my book. You demystified the process so well that we didn’t feel intimidated, and myth-busting was done with cotton glove.

Further, we are [re]invigorated and enthused about the road ahead, as the workshop has given all of us focus and clarity – THANK YOU!

We look forward to the next stage” 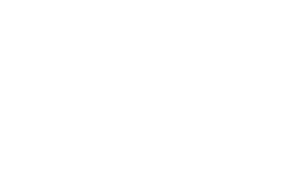