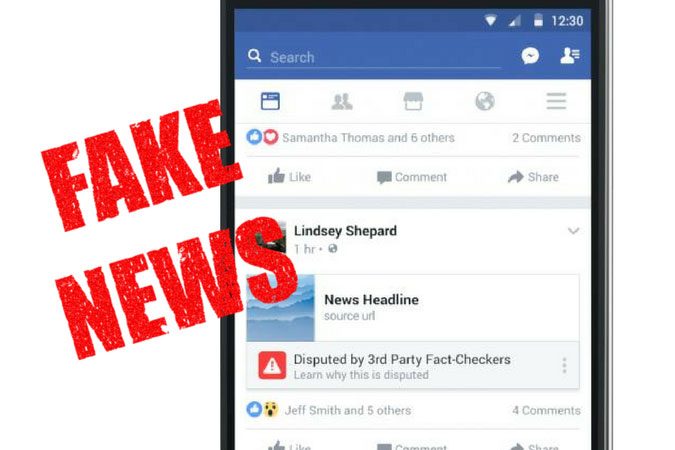 The 2016 U.S. presidential election was one of heated conversation, fueled by emotionally charged debate topics. With emotion driving a lot of the electoral conversation, it was easy for consumers to be swept up in the hype and accept, without questioning, news and information that was untrue. “Fake news” became incredibly influential throughout the election and raised questions of credibility about content from mainstream media. As discussed on Triple J’s Hack program on the 27th April, fake news is not new but social media is allowing it to spread further than ever before. Facebook, realising their platform was the main arena for this fake news to spread, is taking a strong stance to ensure users are aware of potential fake news stories as it rolls out its new third-party fact-checking tool.

What The “Fake News” Checker Does

Facebook users know that not everything shared is authentic and trustworthy, that just comes with the nature of the platform. However, with the implementation of the ‘disputed by’ feature, we can hold hope that the days of content mistrust are numbered. Facebook plans to display an alert directly below contradicted content, through a partnership with independent fact-checkers, that will minimise the distribution of “fake news”. The site has aligned with third-party sources such as Snopes, ABC News, Associated Press, factcheck.org, and Politifact, to ensure any content submitted by users is investigated and if found to be false, the content will be labelled ‘disputed’. If an article is reported as disputed, it is prohibited from being distributed as an advertisement or promotion through Facebook.

We saw the ‘disputed by’ feature in action in March when a fake news article about Irish citizens being taken as slaves to the US, was published by Rhode Island entertainment blog, The Newport Buzz. If you tried to share the “The Irish Slave Trade – The Slaves That Time Forgot” article, you were stopped in your tracks by a warning asking you to view a fact-checked report before completing your share. 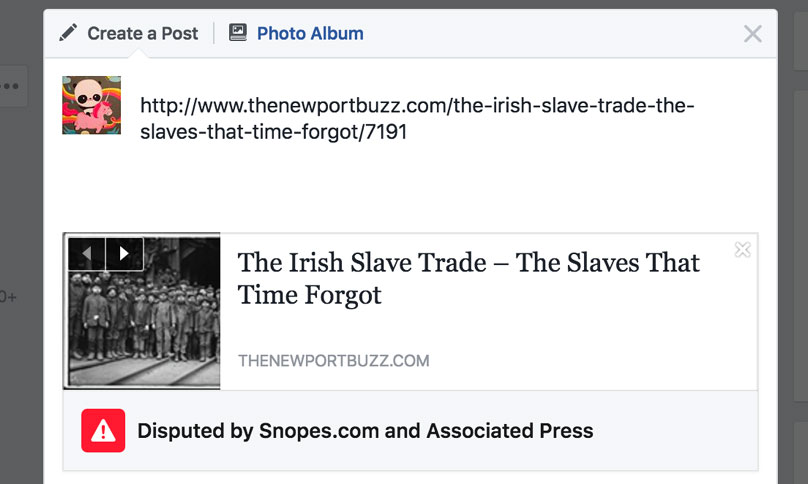 Zuckerberg has since taken to his own Facebook page to address the feature, acknowledging his entity feels it holds a “greater responsibility” to the public, expressing “We’re a new kind of platform for public disclosure – and that means we have a new kind of responsibility to enable people to have the most meaningful conversations and to build a space where people can be informed,” he wrote.

Looking forward, these changes are likely to be the instigator for businesses to take a heavier stance on the authenticity of the content they engage with, to minimise their association with the so-called fake news. This Facebook feature allows the social network to pioneer a new level of corporate social responsibility, as they take on the obligation to police all content shared through their platform. As Facebook takes on this new found responsibility, businesses are encouraged to have further considerations around what exactly they post. What this update means is when businesses are communicating through social, they need to be confident that their sources are accurate and they are not engaging with fake news. As soon as your brand is identified to be engaging with, sharing, commenting on fake news, your credibility and reputation will be immediately damaged. Once again, as with most platform updates, this means another job added to the modern-day marketing manager’s responsibilities.

Nicole develops and implements strategies that allow clients to seamlessly integrate digital communications into their marketing strategy. She is skilled in executing campaigns across the Google Suite and developing collateral to support this execution. Her passion is to open minds through communicating big ideas on digital platforms.

How to use Memes in your Social Marketing
September 23, 2019

How to Gain More Engagement on your Social Media
September 20, 2019

How to Build Your Social Media Marketing Empire
September 3, 2019