Woman in Business Who Inspire Us 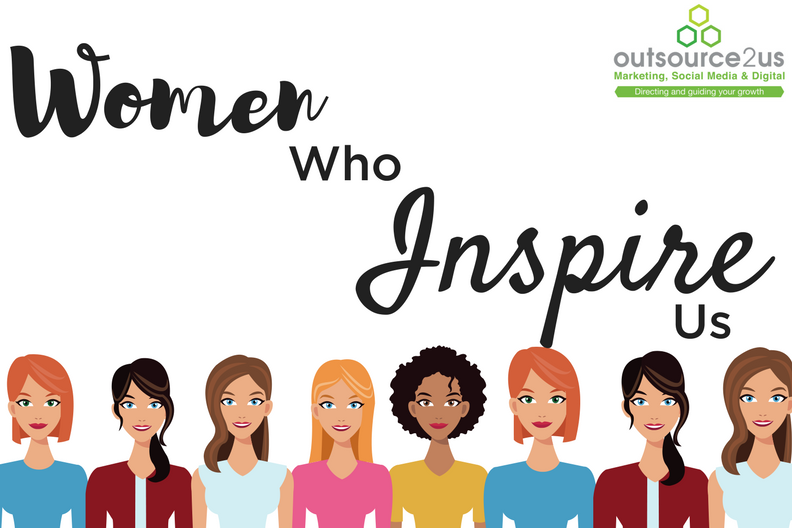 The women we admire and inspire us to be better professionals.

Today is International Women’s Day, so our team decided to allocate a few minutes of our Thursday Brainstorm to a conversation about women we admire and who inspire us to be better professionals every day. While we all have special women who are particularly influential to our personal lives, we thought we’d talk about those who we don’t necessarily know but who push the envelope when it comes to equality and empowerment.We came up with a long list of women who stand out as experts, pioneers, entrepreneurs and overall examples of boss ladies who are kicking goals and inspiring fellow professional women. We couldn’t possibly list out all of them, but here are some that have left their mark in the way we work.

Starting a business is no easy feat, and Messenger decided to launch print magazine Collective Hub in 2013 – when she had no experience in the field and everyone believed the print industry had its days numbered. The magazine has since grown to an international, multi-media business with print, digital, events, and coworking spaces as supporting pillars to her brand.

Her creativity, entrepreneurship and ability to follow her instincts are what we strive to do every day, and it’s wonderful to see it paying off.

As marketing experts, the fact that she’s grown the newsletter’s subscriber base by 400% over two and a half years with no marketing budget is incredible! The Broadsheet’s average open rate is 40%, and she has the highest click-through rate amongst all Fortune’s newsletters – reported at 10%.

Going from award-winning actor to award-winning producer is not even what we admire the most about Reese Witherspoon. It’s the reason why she chose to shift career paths – to give women a space to tell their stories, and to make sure these stories were heard by millions.

She is a mum of three, owns a production company, Hello Sunshine, a clothing company, Draper James, and serves on the board of Children’s Defence Fund – showing us all that we can, indeed, have everything.

At 21 years of age, Wilkinson was the youngest editor ever appointed to a national magazine, with Dolly Magazine. In the four years that followed, she more than doubled the magazine’s circulation.

She has since been involved with a number of publications and has been a TV host with Channel 7 and Channel 9, and was appointed, in 2015, Editor-At-Large of Huffington Post Australia.

Her outstanding contributions to the Media and Communication industry have earned her awards and made her an incredible role model for women around Australia.

Amoruso started an online retail empire when she was in her early twenties. Starting off as an eBay business, Nasty Gal Vintage was valued at $350M a few years before filing for bankruptcy. While this rollercoaster ride is fascinating – there’s even a Netflix series created based on her story –, her comeback is a great example of how women can just brush it off and keep going.

After going bankrupt and getting divorced, she started a digital portal for professional women, namely Girlboss Media. She also hosts Girlboss Radio, a weekly podcast, and organises Girlboss Rally, a conference with female speakers like Charlize Theron, Ashley Graham and Gwyneth Paltrow.

To read a little bit more about the incredible women in our team, read our team profiles here.

Coming from a multicultural background, Veronica has lived in Brazil, Spain, and Singapore, and has now been in Australia for five years. Regardless of language and geographic location, her passion for reading and writing has remained constant, and she manages to write expertly about a wide range of subjects.

3 Marketing Tactics Every Childcare Centre Should Be Implementing
March 2, 2020

How Marketing Has Changed in the Last Decade!
February 5, 2020